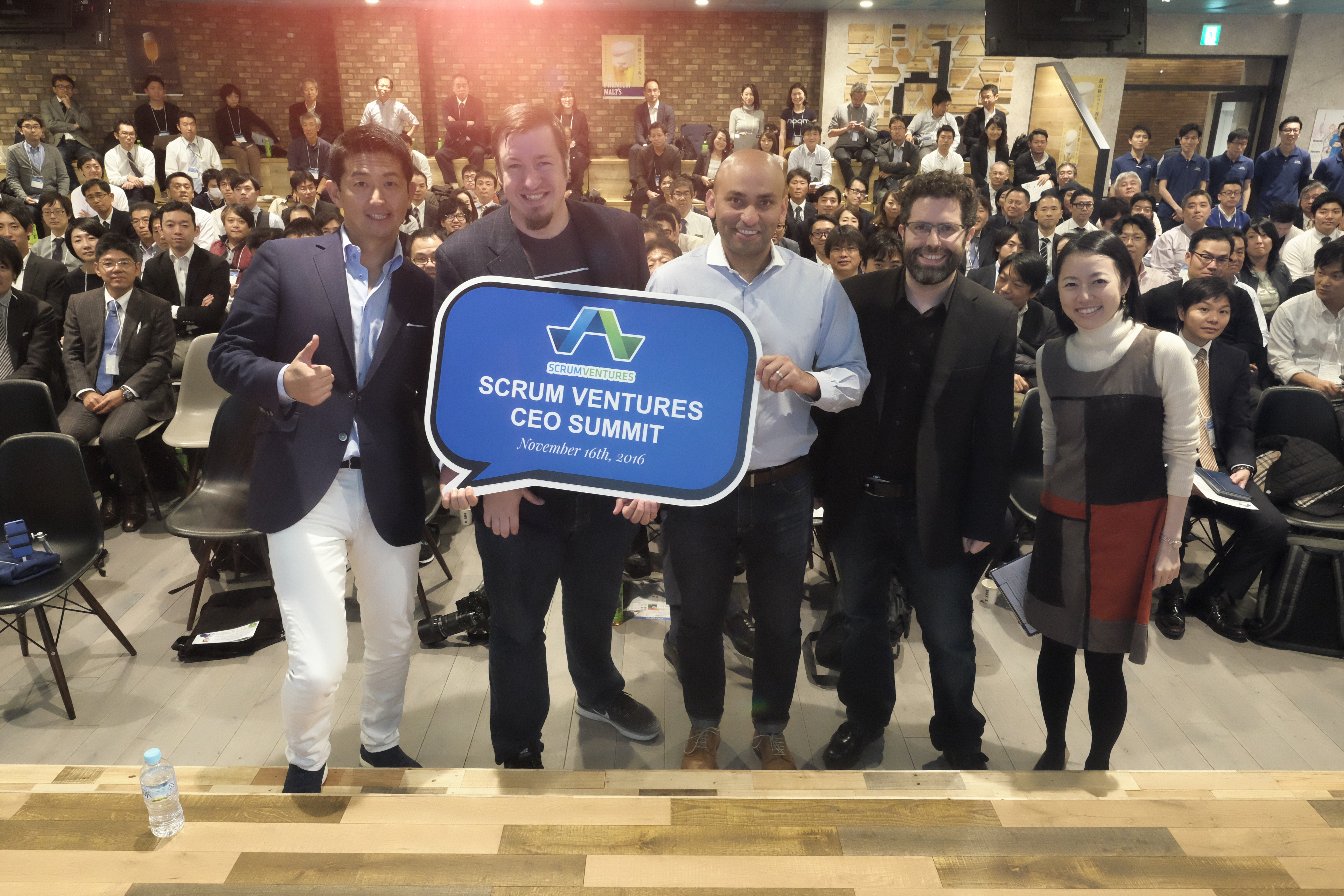 November 16th, Scrum Ventures held its annual Scrum CEO Summit. This year the event was attended by over 250 LPs, entrepreneurs, corporates, startups, and journalists at Shibuya’s Dots event space. Video of the event can be found here produced by Hash Lyve.

Scrum Ventures hosted 6 of its portfolio CEOs, 3 members of Japanese corporate venture capital groups active in Silicon Valley, and Y Combinator’s COO, Qasar Younis for wide-ranging discussions on the state of the startup community in the US. The event was a unique opportunity for Japanese and US based startups and investors to interact and learn from one another.

The event held two panel discussions. The first was on Japanese CVCs operating in Silicon Valley and the second was titled “Inside Y Combinator” detailing insights from the most successful accelerator in the world. Finally, the event finished with pitches from the 6 Scrum Portfolio CEOs. Each panel session shed new and fresh insights not often shared in more traditional business settings.

The Scrum CEO Summit’s panel on CVC helped highlight some of the key issues facing these teams. Hiroshi Saijou CEO and Managing Director from Yamaha Ventures, Joe Saijo President and Managing Director of Recruit Strategic Partners, and Yoshiro Kagata General Manager, Strategic Business Department at Sumitomo Mitsui Card Company all participated in the panel. Each stressed the need for increased localization among teams to enable strong deal flow, execution, and insight gathering. All three mentioned that financial incentives were not the driving force behind their investments but rather strategic imperatives ruled the day. SMCC’s Kagata cited the need for having “5-year horizons” when thinking about partnerships and investments rather than “quick wins”.

Saijou from Yamaha stressed the need for strong communication between Silicon Valley and Tokyo offices. The most important message he told his team in Tokyo was that venture investing is simply “paying an entrance fee” for future collaboration.

Saijo from Recruit highlighted the need to develop a methodical step by step process to gain deal referrals. Saijo mentioned that his first instinct is to “Give first” and that he doesn’t keep score with other VCs but instead believes that giving can create mutually beneficial relationship in the long run that will be rewarded.

All three participants were unified in their belief that investing in Silicon Valley was in the words of Saijo, “an entrance ticket” to innovation. With increased interest each year in US technology partnerships – LP investments in US funds can increase the chance of success for Japanese companies to succeed in their markets by building better products.

The second panel of the Scrum CEO Summit focused on the impact and operations of Y Combinator the most successful and influential accelerator program in the world based in California. Scrum Ventures has been a regular investor in Y Combinator companies over the past several years and has invested in 10 startups from the program. Kana Inagaki from the Financial Times moderated a discussion with 3 of Scrum’s portfolio startups that participated in Y Combinator to gather their thoughts on why and how the program has become such an impactful force in the Silicon Valley scene.

Jonathan Palley, Co-Founder of Spire a wearable device that tracks breathing, Rakesh Tondon, Founder of LE TOTE a fashion rental service, and Randall Bennett Founder at Vidpresso, a Facebook Live delivery platform all participated in the panel. Each panelist had participated in different years of the YC program and thus came with diverse viewpoints on the evolution of the program over the years. At the conclusion of the Scrum CEO Summit Qasar Younis Partner & COO at Y Combinator also spoke in a one-on-one fireside discussion with Tak Miyata about Y Combinator.

Palley from Spire kicked off the discussion by summarizing that Y Combinator simply gathers “a collection of very smart people” that when combined with world-class partners and mentors creates a strong environment for innovation.  Over the years YCombinator has stressed the need to have former entrepreneurs as mentors and Sam Altman the Director YC and Qasar Younis are great examples.

Pattern recognition from mentors was another key trait all panelists mentioned. Because of the scale of YCombinator the partners have opportunities to meet literally 1000s of startups per year both failures and successes. That combined with a strong alumni network ensure that the program is selecting companies that in the words of Bennett from Vidpresso have a vision that is much “more than meets the eye”. Tondon from LETOTE finished off the session mentioning the importance of YC’s discipline. YCombinator forces companies to succeed by making them publicly state their goals and the fear of missing those targets amongst one’s peers drives founders to deliver.

On Friday November 18th, Scrum’s General Partner, Tak Miyata moderated TechCrunch Tokyo’s keynote session with Qasar Younis, COO of Y Combinator. Younis has a rich background and experience having sold his prior startup to Google in under 10 months from the time of founding. Younis had also spent time prior to YC in Japan working with Bosch. Currently at YC, Younis is responsible for overseeing the application and mentoring processes.

During the Keynote, Younis and Miyata spoke about the current state of YC, its international growth plans, a new MOOC they are looking to roll out, and the program’s focus on societal impact. YC recently announced an initiative to promote Basic Income in the US which received a lot of press and attention. Younis finished his comments talking about the need for M&A as an agent for change for automotive companies as technology begins to radically transform the industry. At one point Younis mentioned the need to “innovate or risk death” – an apt warning for an industry under rapid disruption. 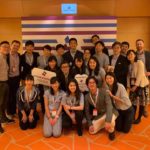 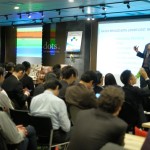 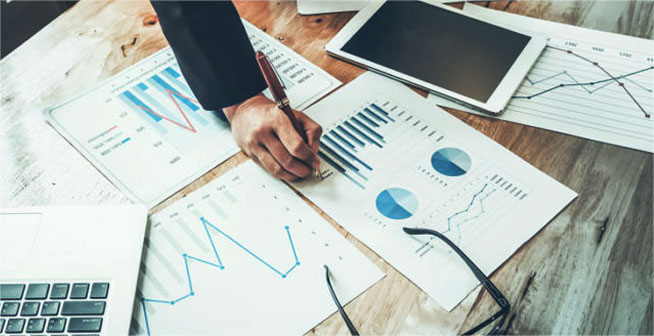 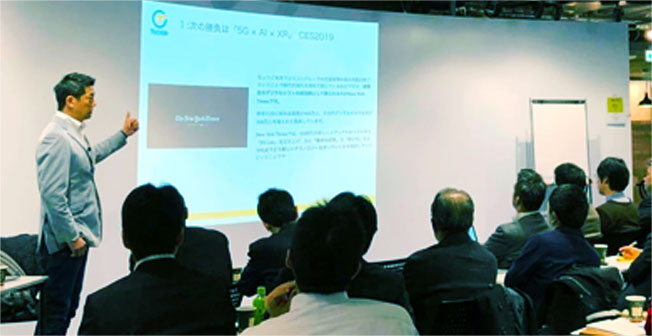 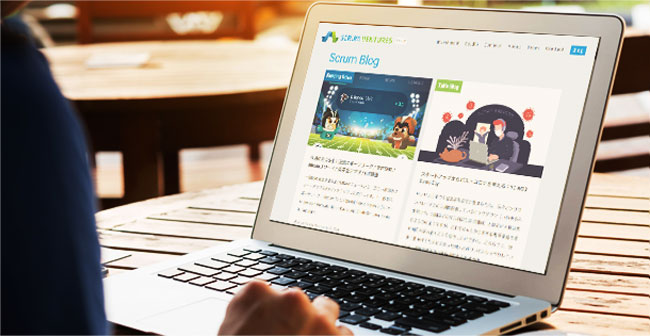